On the Road Again

Since I left Texas on March 10th I’ve experienced poor internet access and have been  pretty busy driving and working, I simply haven’t had a lot of time or energy to stroke the keyboard with any memories.

When I last wrote I was about to spend two and a half days completing my Search and Rescue (SAR) training and certification in Arkansas. On the first day of my second year full-timing in my RV I joined the largest ever class of graduates of the National Association For Search and Rescue (NASAR) SARTECH II program. Twenty-nine fellow students spent a tiring weekend proving our searching, tracking, and orienteering skills to become certified as qualified SAR technicians on future missions.

The SAR program concluded on a Sunday evening and on Monday I drove two days from Arkadelphia, AR back to Hobbs, NM and the Habitat For Humanity affiliate there. I did so for the express purpose of attending the “key ceremony” for the twenty-ninth completed Habitat home in Hobbs. I had worked there in 2015 in two builds with the people shown in the accompanying pictures.

It was a unique pleasure to witness the gratitude of a young family as they accepted the keys to their new home. After contributing hundreds of hours of sweat equity towards her home Thais Mackey received keys to her beautiful new, 3 BR home and zero interest mortgage.

She and her children with help from family began that very evening to excitedly move into the home.
Can you recall how you felt moving into your first home?

As an added surprise to the Mackey family I assembled the Habitat gift of a refurbished computer system to help the kids with their school work and personal development.

I had planned on the following morning to drive north to Taos, NM for another Habitat For Humanity Collegiate Challenge build, but was delayed 24 hrs because I was having engine trouble with the RV. After driving through a dust storm in west Texas it wouldn’t start on at least three occasions. I didn’t want to risk being stranded in the New Mexico mountains far from any RV service center.

The local Habitat board chairman, Paul Campbell, pulled a few community strings and got me into a repair facility first thing the next morning. I was expecting a very expensive fuel pump replacement job, but I not only squeaked through with just a fuel filter replacement, but Watson Truck & Supply provided the parts and service for free because of my Habitat affiliation. In appreciation I stayed the day in Hobbs and helped further build the 30th Hobbs Habitat home for the next deserving family.

Thursday morning I drove north to Taos, NM and set-up my RV directly in front of the adobe construction Habitat home under construction there.

On Friday I worked with about ten high school students as they built an adobe brick fence wall between two Habitat homes. Also on site for my first day working in Taos were students from University of Texas that were applying lathe on the house walls onto which a cement coating would be applied.

On the weekend I had a marvelous day off from travel and work to ski at Taos Ski Resort. I last skied there in about 1970. I recall it being a much more formidable ski challenge then.

The weather was just perfect and I encountered great spring skiing snow conditions. I felt better than the 20 year old I was when I last cruised the Taos slopes. Biggest difference between then and now: I now wear a helmet, have markedly improved ski equipment, and drink fewer beers between ski runs.

I hope to get one more blue sky ski day in this coming weekend before heading to the Phoenix area where I will attend a month long Emergency Medical Technician (EMT) course. I have a lot of studying to do.

My First Year On The Road

A year ago Friday on March 11, 2015, I left my 'stick-and-brick' home in Des Moines, IA and hit the road in my RV full-time with my two Yorkshire Terrier buddies, Whiskers and Roger Dodger.

My first stop was in Southern Illinois for a private memorial service for my recently deceased wife, Jan Robertson. Would that she could have joined me on this adventure!

But my life’s journey goes on. In the last year I’ve visited sixteen national parks or monuments - staying at some for extended periods.

I volunteered over 1,000 hours with the National Park Service at

Gates of Lodore and 400+ hours of labor to build new homes on seven Habitat For Humanity projects in three states. I enjoyed nine days whitewater rafting down the Green River in Colorado, snow skied at five resorts, and camped in a wide variety of federal, state, county, city, tribal, and private campgrounds, as well as, the de rigueur overnight in Walmart and casino parking lots.

What have I appreciated the most from the journey so far? Meeting people in campgrounds and at Habitat For Humanity builds. Some of the finest people I’ve ever met spend their free time building safe and secure homes for communities in need.  I’m also been discovering the subtle regional differences in the cultures of the southwestern states, the heritage of our National Parks, and the widely varied and beautiful landscapes of America.  Through it all I’ve rediscovered old friends online with whom I can share some of the mysteries and emotions of solo travel, and have crossed off a few of the items on My Constantly Evolving Bucket List.

What have been the negatives of the last year on the road? Oh, the usual: unexpected and expensive breakdowns of the RV and bearing witness to the increasing amount of land lost in our “national sacrifice zones” through reckless oil and gas development, mining, urban sprawl and five lane highways to nowhere. Actually the breakdowns have been minor considering the age of my RV (19 years).  Owners of new RVs often have far more complaints and downtime.

Since departing Iowa I’ve traveled about 6,000 miles through eleven states, but I’ve stayed every single night on the road in my fully-paid-for RV with my forever buddies, Roger and Whiskers. I thought I’d drive more miles than 6,000 since that number is only 44% of what the average US citizen traveled in 2015. Connect the orange dots on this map yo understand where I've spent my time on the road in 2015. 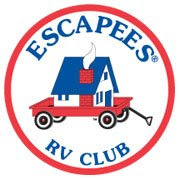 What’s remarkable is that I only had to pay out-of-pocket for a camping site on 77 out of the 365 nights (21%). On those paid nights I used memberships in RV clubs to reduce the nightly fees 10-50% off the normal rate.

My informal education to prepare for the journey consisted of reading a lot of books and articles on RV travel and RV mechanical systems: how to plan a journey, locate affordable campgrounds, repair things that break, and most importantly, embrace the unpredictable. That knowledge has proved handy more than once. 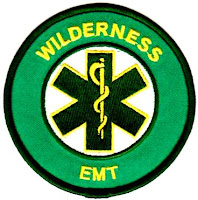 I’ve also been studying emergency medical books leading to an anticipated certification later this year as a Wilderness Emergency Medical Technician {WEMT}.Granted that I’ve renewed my Wilderness First Aid certification for many years, and previously qualified as an Urban First Responder when I lived in Carbondale, IL. but I really have wanted to be better prepared to deal with medical emergencies on the road, along remote wilderness trails, and down America's wild and scenic rivers. To that end I will need to complete a month long EMT course in April and then complete the wilderness EMT component in October.

What luxuries did I have to give up on my RV journey? Very little. Well, I did effectively lose cell phone access for about five months while I was a National Park Service campground host in rural Colorado, but got it back temporarily whenever I drove into town on errands. This week I’m installing a cellular signal booster to improve signal availability and quality, but there are still large parts of the country that do not have cell phone access on any phone carrier. Other than that and perfect Internet access my RV contains all the creature comforts of home without the need to mow grass and shovel snow.

During my first year on the road I did not have much access to broad-cast television, but that was by choice. Although I have an automatic satellite dish and tuner I've I opted instead for watching classic DVD movie collections and reading books. They keep me occupied whenever volunteer work, social media, nature, and my dogs haven't been adequate entertainment

Is the RV experience what I imagined it would be before I began this journey? Pretty much so. There have been no major surprises or disappointments. I don’t travel with a lot of the “stuff” that once filled my large home. I downsized from a 3,500 square feet home to less than 300 square feet inside the RV and 75 cubic feet of storage space in the “basement” storage lockers. The downsizing was challenging and rewarding. I no longer feel so owned by my possessions.

But you can be owned by old loves and passions. I've owned and helped restore several old homes. On the 364 day of living full-time in an RV I toured the historic old Seaquist Mansion in Mason, TX that sadly needs of lots of TLC. I quickly realized how very much I still really love old buildings. I just wanted to make that building MINE and bring it back to its once elegant self. Not gonna happen with me. Too many items on that constantly evolving bucket list.

Isn't it lonely traveling by yourself on the road? Yea sometimes. I miss my late wife, Jan, who was so at the center of my former life. Being able to share travel with someone special makes an enormous difference in the quality of your life. But working with some really amazing Habitat volunteers and discovering new friends helps compensate. I've come to greatly value the value my friends that stay connected with me, especially those that read and comment on my blog. Thanks to the Internet which I helped grow in the 90's I now can chat daily with old and new friends.

What has been the most interesting phenomena of my travels so far? My answer centers around my experiences when meeting new people. They frequently ask “Where are you from?” It's an icebreaker kind of question, but I always hesitate when answering because I’m not quite sure what to honestly say. I could indicate that I've came from one of the eleven states where I’ve lived in the last year, or perhaps the place of my birth; or where I lived last, most often or most frequently; or where I last owned a home, or where I’ve declared a domicile, or where my heart feels most at home. Many full-time RV travelers simply the question with “Home is where I park my RV.” I’m increasingly more inclined to simply say my home is a fragile blue orb in space. That response is usually not what people are looking for in an answer.

What what do I have planned for year number two on the road?  I'm still excited at the uncertain prospects of the next year. Here is my planned itinerary from February of this year through October. I spent all of January in Livingston, TX ("B" on the map). The destination details are listed in the Itinerary Section of the blog and here. Beyond October my future is quite uncertain, but I'm getting better at living with uncertainty.

Before you cross the street take my hand.
Life is what happens to you while you’re busy making other plans. ~ John Lennon