Descent Into The Underworld

Carlsbad Caverns National Park
Take a leisurely but steep stroll eighty stories under the earth and experience the majesty of the netherworld know as Carlsbad Caverns. Located outside Whites City this famous national park is a spelunker's dream to explore. The photo above is one of 119 known cave entrances in the park. Shown is the walk-in natural entrance descending over 1,600 feet to over thirty miles of interconnected caves formed in the limestone mesa towering above Whites City and the nearby city of Carlsbad, NM. This is the nation's deepest and and its third longest. 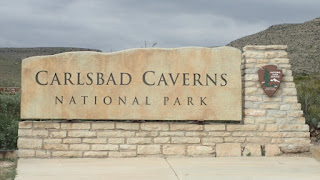 Carlsbad Caverns National Park is one of at least ten national parks or monuments in the US that contain explorable cave geology: 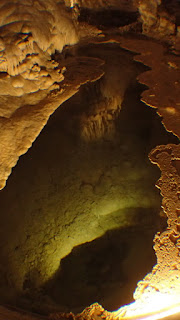 I've been in lots of caves before but this park astounded me with its variety and the cave's intricate and delicate decorations. From enormous flowing stone columns to elaborate forests of spindly stone branches to the most delicate and graceful chandeliers of exquisitely shaped crystal-like spears held fast to the ever changing ceiling of enormous caverns. And then there were the reflective mirror pools formed over centuries from tiny mineral laced water droplets.

"The finest workers in stone are not copper or steel tools, but the gentle touches of air and water working at their leisure with a liberal allowance of time."   - Henry David Thoreau

And there was life in the darkness: nearly a thousand species of small organisms, large colonies of cave swallows and up to a half-million Brazilian (Mexican) Free-tailed bats. There are sixteen varieties of bats that call Carlsbad their summer home. Their numbers were down during my November visit because most migrate south to Mexico and beyond for the winter.
Some, however, linger here year round. Near sunset human visitors can sit in the Natural Entrance amphitheater and watch the silent and graceful swarms of bats exit the cave in a beautiful and mesmerizing cyclone of life. The experience is nothing like the wild fury of bats portrayed in movies (e.g. Batman Begins). They spiral from the cave in graceful, measured spirals. Silhouetted against the evening sky one can barely imagine that this event has been repeating itself daily for millennia. 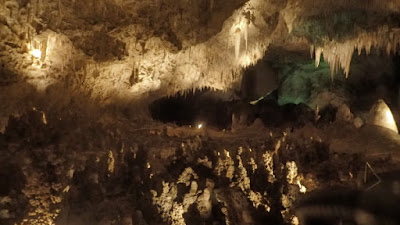 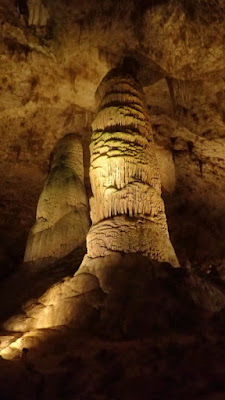 There are more than 100 entrances to caverns in the park. I spent two days in the bat cave bowels in a reverent state where I was awed by the beauty and complexity of everything I saw. On the first day I took about four hours to walk into the Bat Cave to reach the beginning of El Salon del Gigantes (The Big Room) to see a cavern that could hold three football fields containing thousands of natural wonders.

Throughout the journey no headlamps or flashlights are required as the pathway is gently lit by artificial lights. Originally designed by a Hollywood lighting specialist the accent lighting surely deserves an Oscar for lighting design.

The route is 100% on a hard surface that provided excellent traction in humid environs of the cave. This is so unlike the early days of the caves operation without elevators when visitors were lowered in buckets that doubled as hoppers for hauling out enormous quantities of bat guano for local agricultural use.

At the start of my visit the elevator that carries visitors down to the bottom had just broken. It got stuck in emergency brake mode and in recovering normal use the large motor burned out. As a result everyone had to both walk down and back out on the steep path of the cave. All the ranger led cave tours were cancelled and everyone received free admission to the cave if they could walk in and out. This no small feat for mere mortals.

There were lots of generous and dedicated parents hauling complaining children back up the 800+ feet to the main level. I counted over 80 steep switchbacks on the route. 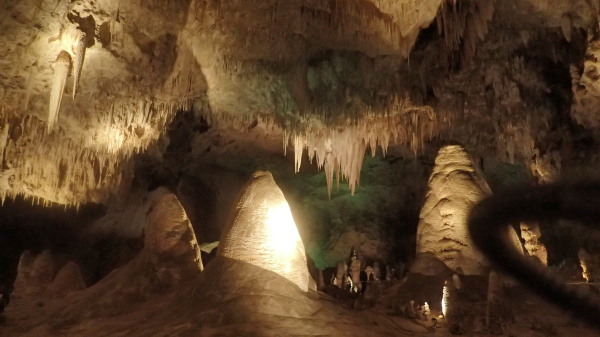 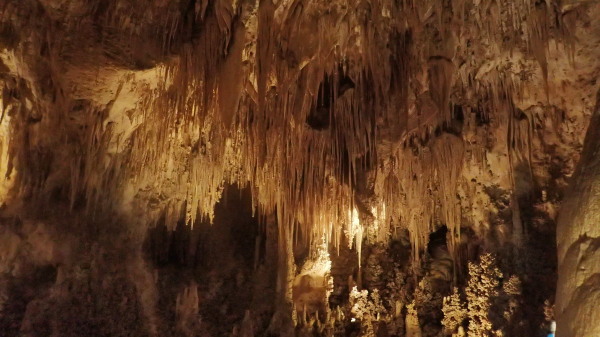 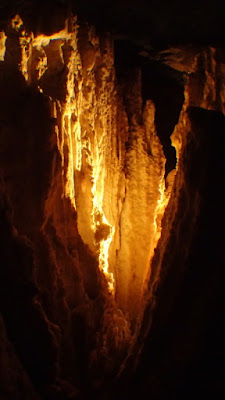 On my second trip a week later the elevator was still not back in operation and I couldn't take any of the six National Park Service ranger guided tours. I wanted to take the Left Hand Tunnel Tour, an historic candle-lit lantern tour through an undeveloped section of the cave on unpaved trails.

Despite the cancellation, the Big Room holds enough splendors to satisfy any visitor.  Shared here are some of the highlights of my stroll through the room. 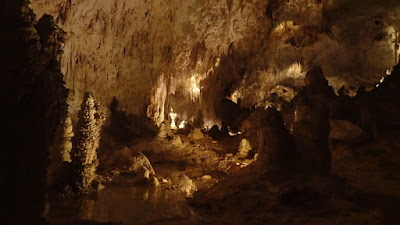 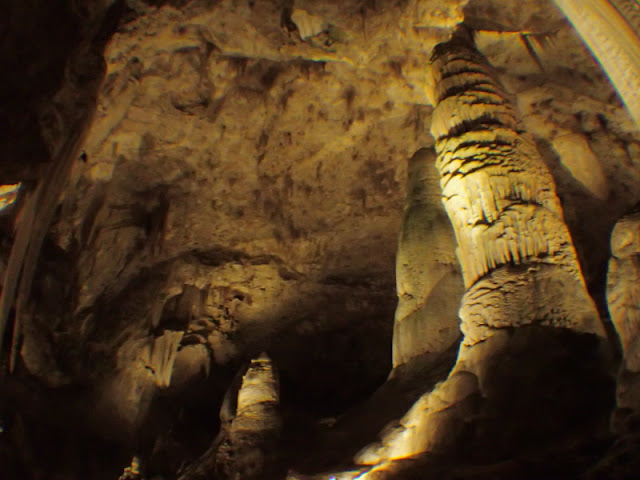 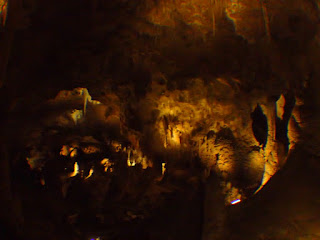 I highly recommend that Carlsbad Caverns National Park appear somewhere near the top of your must visit travel list.