Continuing My Journey South Along the Rio Grande Rift 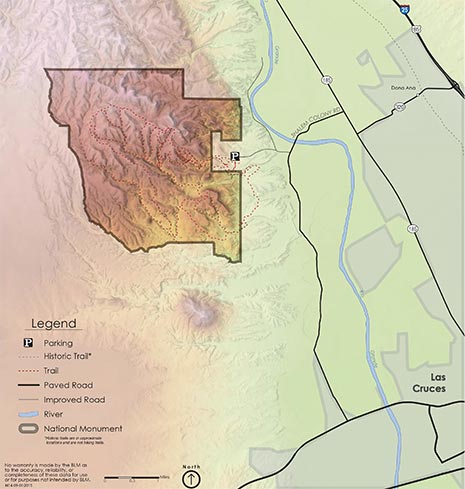 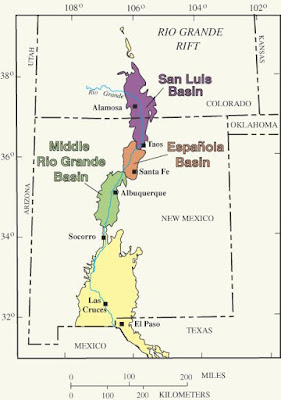 In September I wrote about Petroglyph National Monument and the Rio Grande Rift along which the City of Albuquerque is built. The rift was created between 29 and 35 million years ago and extends from Colorado to Texas.

While volunteering in Las Cruces at Habitat For Humanity I took a short trip to the western outskirts of town to visit Prehistoric Trackways National Monument managed not by the National Park Service (NPS), but the Bureau of Land Management (BLM). In as separate blog I write about the eastern outskirts of Las Cruces.

If you like identifying and following game tracks in the woods, then this is your dream destination because of the huge number of visible tracks exposed on the ground of the monument. What kinds of tracks are viewable? How about primitive scorpions, giant centipedes, millipedes, worms, horseshoe crabs, flying insects, an assortment of crawling bugs and beetles, shrimp, jellyfish, sea anemone, brachiopods, salamanders, and assorted other amphibians?

Prehistoric Trackways National Monument was established only this decade by Congress on March 30, 2009.

The video I've included below is a great primer on the Rio Grande Rift and its role in presenting us with the massive collection of tracks from the Early Permian Period, which was the last period of the Paleozoic Era. Recall that the Permian Period ended with the largest mass extinction in Earth's history, in which nearly 90% of marine species and 70% of land dwelling creatures disappeared. During this period, all the Earth's major land masses were collected into a single supercontinent known as Pangaea.

My biggest complaint about this 5200 acre monument is the lack information about how to access the area with most of the tracks. Entrance signage to the parking areas is lacking and the gravel access roads way into the sites require a four high-wheeled vehicle or a long hike in an unmapped area. Its best to call the HQ office a 575-525-4300 for directions and guidance.