Life is What Happens To You While Making Other Plans

When I blogged last in March I summarized my first year on the road in the RV affectionately known as Toad Haul Manor. I have been remiss about not consistently documenting my adventures. For the last five months I have been so busy that I just didn’t have the motivation each evening to describe what all transpired. I aim now to correct that by retracing my steps and highlighting both plans and subsequent alterations in what happened. Eerily I last quoted John Lennon who allegedly said:


"Life is what happens to you while making other plans."

How prophetic that quote turned out to be for me in the summer of 2016. In March I was ending my winter time home building of nine new homes in three states, the last of which was for Habitat for Humanity in Taos, New Mexico. I had previously driven all the way back to Arkansas to attend training sponsored by the National Association For Search and Rescue (NASAR). After Taos, I headed southwest to Phoenix for EMT school before volunteering for my next unimaginable adventures in northern Arizona.

So please join me for a three part series entitled “Training For Disaster” as I describe what happened to my plans to get me where I am today.

Part One about my path to Arizona begins below.


Training For Disaster (Part One) 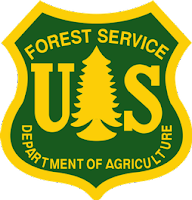 I left my last Habitat For Humanity build on March 26th and headed down the mountains from Taos, NM ("the place of red willows") en route to the Phoenix metro area. As I drove I had no idea where I would be staying the next month. I passed through Flagstaff, AZ to visit the Forest Service site where I would be living in six weeks hence at a little spot called Camp Elden. It was basically a back lot of the Flagstaff Branch of the US Forest Service headquarters that was converted into a thirteen site RV park for itinerant RV volunteers. But more about this actual historic site later. Hint: Think CCC.

As I descended the nearly six thousand feet in elevation change from Taos and Flagstaff to Phoenix I had no idea where I would be staying for the next six weeks. I needed to find a place without a long commute. This was in early April, the tail end of the winter “snowbird” season and nearly all the RV parks in the entire metro area of Phoenix were filled with RVers that had already been there for three to five months lounging around the RV resorts' ubiquitous swimming pools underneath Arizona’s warm winter sun, playing Bocce ball, and planning their springtime escape to cooler northern climates. 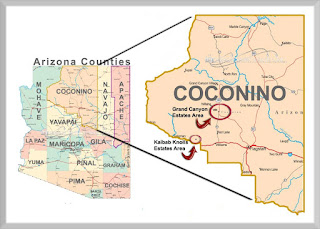 After calling a half-dozen places I finally found an affordable park to hunker down for six weeks while I kept busy with two tasks. The first was attending an accelerated Emergency Medical Technician (EMT) course. I spent four, nine hour days a week in a classroom being drilled in the life and death basics of emergency medicine.

The course covered in sixteen days what normally required a full semester for a standard course. Each class required reading four to six chapters of the medical text, completing a workbook of questions over the same chapters, taking an online quiz, and then taking a written exam shortly therafter over all the chapters. If you didn’t pass the test with an 80% correct score, you had to take an alternative test within a day. Two of my classes eight students dropped the course when they couldn’t keep up with the grueling schedule after failing a test. At the end of the sixteen days, you also needed to pass both a comprehensive written test and a practical skills test covering six random rescue scenarios. To my amazement I passed, as did all the students in the class. I have yet to take the additional National Registry exam that will allow me to work in most states of the US, but I hope to do so on the next couple months.

Meanwhile, my second task began the first weekend while I really needed to be studying for the EMT class test on Mondays. I began commuting five hours back up the Colorado Plateau to Flagstaff every weekend to attend the Coconino County’s Search and Rescue Team SAR Academy.  The academy was pretty much a repeat of the training I took and passed in Arkansas to become certified Search and Rescue Technician (SARTech II) with the NASAR. The academy lasted about 50 hours over eight days whereas the NASAR classes only required about 20 hours of classes and five hours on a weekend for field exam. Subsequently, I’ve attended six training sessions Coconino County on specializations in lost person behavior theory and search techniques, UTV/ATV operation, large trailer towing, helicopter rescue safety, ski resort chair lift rescue, and small boat rescue operations.


OK, so you may be asking why is Bob doing this and where does all this training leads to?  It leads directly to the 80+ search and rescue operations that are conducted annually in Coconino County, the largest county in Arizona. The county covers 18,661 square miles square miles ranging in elevation from the tundra zone at 12,633 ft. down to the high desert at about 4,000 ft. in Sedona. The area is larger than any of the nine smallest states in the Union.

The county is bounded on the north by the state of Utah and on the south by the red rock canyons of Sedona and the Mogollon Rim (pronounced Muggy-own), a 2,000 ft cliff line that drops to the desert north of the Phoenix metropolitan area. The county includes most of the Grand Canyon.

In Part Two of this journey I’ll summarize some of the ten search and rescue missions that I’ve personally participated in the last four months while living in Flagstaff. Some were successful, some were not.

In Part Three I'll discuss the merits of Preventative Search and Rescue
Posted by Bob at 8:48 PM