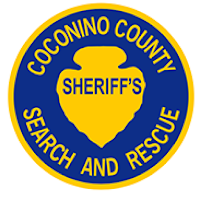 I’ve only volunteered on ten incidents in the last four months of living in Flagstaff. In that period I participated in one rescue simulation for a crashed commercial airliner at Grand Canyon Airport, and the following real-life SAR team call-outs for: 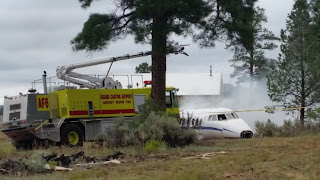 In sum, during the period I worked incidents that involved five deaths and four serious injuries requiring evacuation by ambulance or helicopter, a slew of lesser injuries needing minor medical care, and a public safety road closure. The SAR team has gone on numerous other missions in that same period: bridge fall suicides, evidence searches, lost campers and hunters, and more. I couldn’t work them all because of my weekend volunteer work in Preventative Search and Rescue (PSAR) takes place when most of the annual SAR incidents occur. I’ll write more about PSAR in a subsequent blog post.

Most SAR missions are resolved in less than 24 hours. Others sometimes take three days or even much longer and require rotating shifts of teams to complete. Some are never resolved! It is very easy to disappear into remote, difficult to search canyons and unknown caves, sinkholes, bodies of water and forests. In addition, some people do not want to be found, especially children or despondent adults, or at least they make it very difficult to locate.

Several missions a year grow quite large due to involvement of SAR teams from additional counties and government units and non-profits including the Arizona SAR,US Forest Service, National Park Service, state transportation department, tribal agencies, military units, Red Cross, Salvation Army, private ambulance services and more. How all this is coordinated will be the subject of a future blog post.

SAR is a year-round avocation. As the hunting season has just started, SAR missions will soon shift more and more to lost and injured hunters and ATV users. Then, as winter begins the emphasis will shift to lost and injured skiers, snowboarders and snowmobilers in the remote back-country, avalanche victims, stranded motorists, etc.

Few people realize how expensive search and rescue missions are to a SAR organization. Not all SAR organizations are sponsored by your tax dollars, but most are affiliated with a county government, usually the Sheriff’s Office.

Coconino County’s sheriff has allocated significant resources to the volunteer team. The team also created its own 501(c)3 organization to solicit external grants (about $35,000 in 2015). The team has its own large training and incident command center (ICS) and an adjoining equipment storage and maintenance building. The team utilizes two mobile ICS communication trailers, a military Humvee (sans armor), a flatbed truck, two large personnel transport snow cats, six ATVs, four six-person personnel trucks, bicycles, a motorhome, a roomful of mountaineering gear, and much more. Also at the team's disposal is the AZ state helicopter fleet for searches and expedited patient extractions.

The horse mounted team members provide and care for their own horses and trailers. The K-9 search members own and train their own dogs without monetary compensation.  The cost of external SAR training and certification is usually borne by each individual member unless the training courses are offered for free by state and federal agencies.

I am but a lowly ground pounder and a large number of the volunteers have many amazing years of experience in a wide range of search and rescue incidents. We have EMTs and paramedics that are supported by commercial ambulance crews and State of Arizona helicopter search and rescue paramedic specialists. They are cross trained in everything from swift water rescue to high-angle mountain rescue.

Part One:Training For Disaster (aka Life Is What Happens While Making Other Plans)