Ahhh....a nice end to the day; finally at the highest alpine road I can ascend in Rocky Mountain National Park west of Estes Park, Colorado. My dogs stayed at home in the RV under the care of Ranger Mike.

I've just completed two days of a refresher course on wilderness first aid and two additional days of outdoor leadership training from the National Outings Program of the Sierra Club.

After the 120 participants left I am staying an additional day to re-explore Rocky Mountain National Park where I've traveled three times previously at different times of the year. Had I waited one week I could have fully travelled to the summit and down the back side cutting two and one-half hours of my drive to or from my RV located in northwestern Colorado.

This afternoon I drove to the summit closure sign of Trail Ridge Road situated at about 10,000 feet elevation and then traveled by foot a ways up to road to get a better view of the winding road and the surrounding peaks, valleys, rivers and wildlife. The crows and magpies, as well as the chipmunks and marmots, are out in force begging for food from the already growing number of tourists venturing into the hills. There are as many international visitors present as US citizens, all seeking glimpses of mountain bluebirds, western Tanagers, Wapiti, black bear and Bighorn Sheep.
The air is sunlit, warm 39 degrees and the panoramas are scented in fresh pine, all breath taking, and inspirational. In the “parks” and game trails below I can see herds of elk waiting their chance to also ascend to high pastures and fewer disturbances from humans. By "parks" I mean the 1880 definition of “parques” (meaning enclosures) that they defined the open meadows of the valley floor. In these meadows were the beaver they trapped and the brown and cutthroat trout they fished. Estes Park acquired its name from the presence of these many parques. 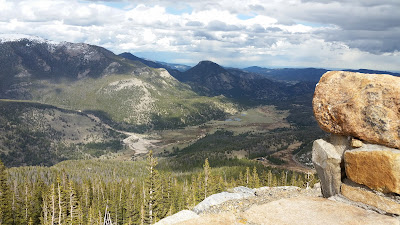 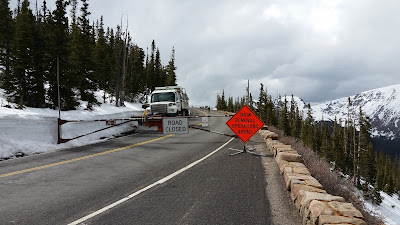 Like Dinosaur National Park, this is the Centennial year for Rocky Mountain National Park, Celebrations will occur throughout the summer. This is a good year to make your visit. 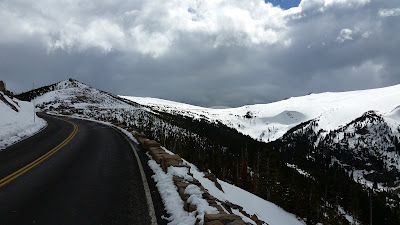 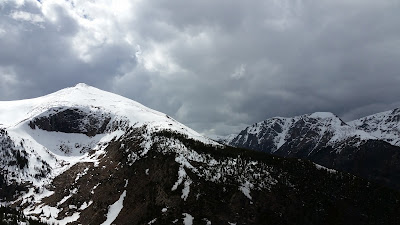 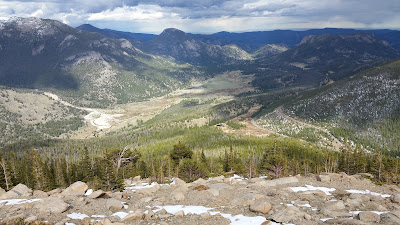 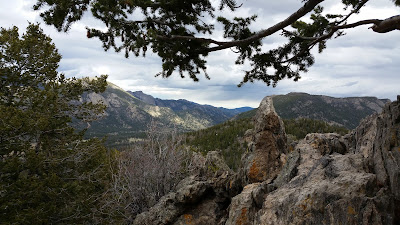 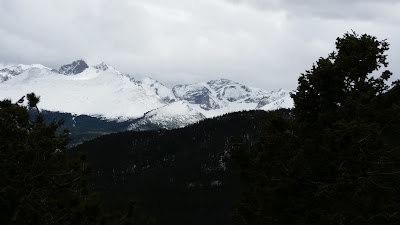